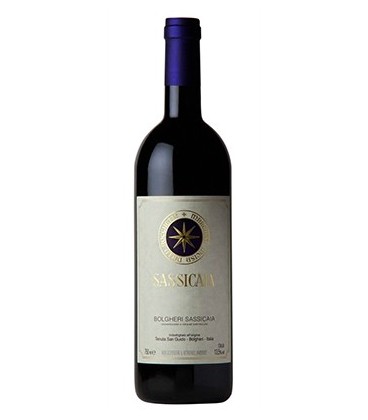 Winemaking steel temperature controlled around 30 ° - 31 ° C. About two weeks of maceration, with various pumping and delestages. Malolactic fermentation in steel.

Type of soil: The land on which the vines have different morphological characteristics and composite with strong presence of limestone areas rich in clay and stones and partly clay; are located at an altitude of between 100 and 300 meters above sea level, facing west / southwest.

Climate: The climate of 2011 was good for the viticulture of Bolgheri. Can be counted among the best years of 2000. The winter was harsh with temperatures below the seasonal average, especially in the months of November and January. Spring is instead started early with mild temperatures and good water supply with no gradual rains accompanied by wind. These climatic conditions have favored an excellent vegetative development of the vineyards. The summer of 2011 was hot and long, but with temperatures that are always indented between the seasonal average, except in mid-July when the heat became more intense. Fortunately the temperature between night and day, favored by the proximity to the sea has prevented the onset of water stress plants and phenomena of over-ripeness of the grapes.