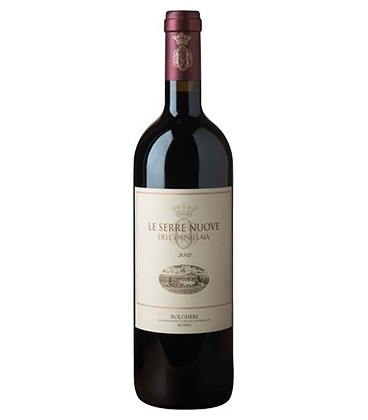 The 2012 vintage was drought, as well as 2011. The lack of water has already felt during the winter, cold but little rain. On opening, which took place in the standard, precipitation accused a deficit of about 100 mm compared to the long-term average. A sunny and mild spring led to a very good vegetative growth leading to a rapid and uniform flowering. July and August were hot and almost no rain, prompting fears locking problems maturation for lack of water. Nevertheless, the veraison took place in perfect condition complementing so smoothly and satisfactorily. Some rains in late August and early September, they then further accelerated the maturation you complete evenly with excellent parameters both aromatic and polyphenolic.

It was collected by hand in boxes of 15 kg and the clusters were selected on a double sorting table before and after de-stemming and submitted at the end of a soft pressing. Each varietal and parcel was vinified separately. Alcoholic fermentation took place in stainless steel tanks at temperatures between 26-30 ° C for a week which was followed by maceration for a total of about 10 days. The malolactic fermentation began in stainless steel tanks, and was completed after transfer to barriques (25% new and 75% a year old). The wine remained in barrels in the cellar of Ornellaia controlled temperature for a period of about 15 months.

After the first 12 months it was assembled and then returned to the barriques for an additional three months. The wine remains in the bottle for another 6 months before release.