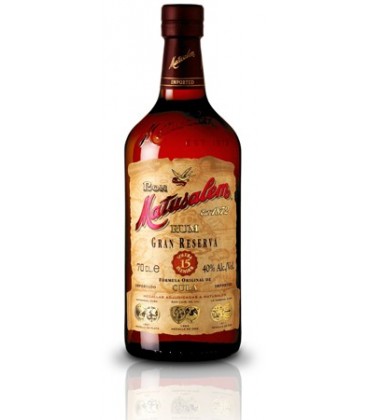 There are not enough products in stock
€40.00

Until 1959 Cuba was the only Matusalem Gran Reserva Solera 15 years. Although much more expensive competitors held 50% of market share. Called the 'Cognac of Ron' was, (see Chicago Herald Tribune March 21, 1947) Ron Hemingway's favorite with which the legendary writer prepared his Cuba Libre, Gran Cuba Libre. In 1999, the Hard Rock Cafe, chain of music trendiest bar in the world, now present in the five continents, decided to revive Grand Cuba Libre by inserting it in the 10 ROCKOLICIOUS Cocktails.