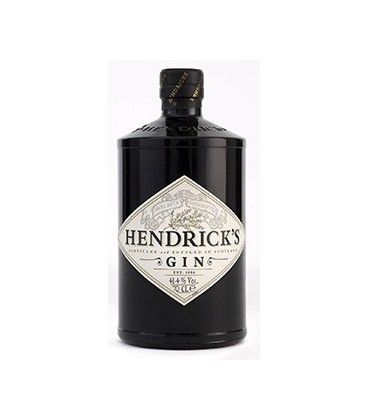 The Hendrick's Gin was born in Scotland, famous for other types of spirits from ancient traditions. And right from the deep knowledge of distillation acquired over time comes this gin produced with 11 botanicals including flowers, roots, seeds and fruits. Exists only since 1999. Hendrick's gin was in fact created at the end of the last century, in an era far from that eighteenth-century in which the British government was forced to condemn him as a cause of moral degradation and sovratassarlo to limit production and sale. Lesley Gracie, one of the few women master distiller, is one of the creators of the formula of Hendrick's Gin and one of the four people in the world who know the original formula. In 2003, according to the Wall Street Journal, the Hendrick's grabs the title of "best gin in the world", thanks to his unpublished notes dates from extracts of damask rose petals of Bulgaria and cucumber that are added to the cold end. And not only. Hendrick's is the only realized by the union of two different distillates, very different between them, which gives an innovative three-dimensionality all'alcolico: one comes from the Head Carter, still built in 1948 and of which there are few examples in the world and another is a "pot still" Bennett in 1860. The latter is very small and this will allow the flavors of the botanicals to penetrate where macerate in alcohol for a day, instead of the still extract Carter-Head is more delicate, with aromas of flowers and sweet scents. The Italian juniper gives the typical and characteristic flavor but is adding cubeb berries to donate a note particularly spicy. An extraordinary body and a great elegance in perfumes. The palate is soft but with a greatly extraordinarily intense aroma, fine and fresh.