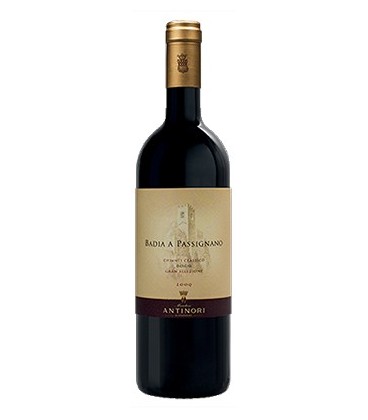 The months of autumn 2008 and the next winter 2009 were characterized by a cold and rainy weather pattern; precipitation of this period have guaranteed to land a good supply of water for spring that occurred early mild and free of any return of cold. The budding of the vines is therefore occurred on a regular basis and the historical average; in the month of June and the first days of the month of July there were rainfalls that have favored the thrust of plant growth. Flowering and fruit have been regular even if the rains aforementioned have right now affected the size of the berries and grapes, which are presented to the summer in advance regarding their phenological stage. The plants continued to grow very well in the summer, and then undergo a month of August and the first week of September very warm and dry. In the second half of September and October the weather conditions were very favorable for both the presence of sunny days and for a strong temperature between day and night that favored the full process of maturation of the grapes. Sangiovese grapes, carefully selected in the vineyards of the Abbey, were harvested between the end of September and the first ten days of October and their quality upon arrival at the winery already gave the idea of ​​a potentially great vintage.

The weather conditions have allowed the timing of collection absolutely aimed at emphasizing the variability within individual plots and harvested, hand-guided, have been varied according to the exposure, altitude, time of maturity and technological characteristics of the grapes. The grapes were gently de-stemmed and crushed, so as to preserve the most of the typical components of perfumes and so important in the Sangiovese. The musts were macerated with pumping and delestage very soft, so as to ensure a draw intense but at the same time as to preserve elegance and sweet tannins. Since the beginning of the winemaking process the must have presented a large range of color and texture, thanks to an extremely favorable seasonal pattern. Alcoholic fermentation shall be operative in about eight days, after which the wines are left to macerate with the skins for further 10-12 days. Following the racking, the wines were immediately placed in oak barrels Hungarian and French side for malolactic fermentation, which shall be operative spontaneously by the end of the year. After the transfer, the wines, still separated in small batches, have addressed the period of aging in oak barrels Hungarian 300 lt and 225 lt, and partly also in woods 225 liters of French origin, for a period of about 14 months. The wine was then blended and bottled at the farm and then continued to mature in the bottle for at least another 16 months.

Badia a Passignano Great Selection is produced exclusively from the selection of the best grapes grown on the property in the Chianti Classico. The abbey, around which lie the vineyards, is one of the finest fortified abbeys in the area and is renowned for its wine production thousand. The Antinori family bought the 325 hectares of land around the abbey (which is owned by the order of monks Vallombrosani) in 1987 and since then has use of the beautiful cellars of the monastery.

Wine of intense ruby ​​red color with violet hues. The nose shows great expression of Sangiovese Chianti, in which the notes of cherry, black cherry, strawberry and raspberry blend well with the typical scents of wood. On the palate the wine is soft, well-structured, with silky tannins. And 'vibrant, sweet and with a long, savory finish.